“I am not afraid anymore of dying,” my mother tells me, curled up in her hospital bed squeezed between the aluminum guard rails. I am next to her, feeling like the child I once was, our bodies so close, knit together of the same cloth.

She was at the edge of life and death a few months ago, semi-comatose, but emerged, almost miraculously to see daylight again, but no interest in returning to the land of the living. She has not left the bed in 13 months.

“When I was that close, I felt as if I were one with everything, every leaf, every drop of water in the seas and rivers…the closer I came to dying, I did not feel disconnected, suddenly I felt more whole.”

I’ve never seen her so beautiful– her green eyes, like backs of turtles or jade shimmering stones–set into that perfect porcelain face, completely relaxed, surrendering.

Weeks earlier, she was clutched by profound anxiety; at moments she set her sights across the great abyss to that other dimension, that I have come to think of as “home” after a decade of researching NDEs and final words. But mostly, her experience of dying was terrifying.

She experienced a creeping annihilation in her body and soul –a terror of being extinguished. And, of course, how could it be any other way? We humans are a paradoxical blend of biology and spirit. As one dies, the other ascends–but the death of one is not easy as it gives rise to the other. We are as much animal as we are angel.

But then, the breakthrough, a kind of surrender that she has described to me now– floating in a tapestry of interconnectedness–feeling the web of her fingers, like those of the spider who weaves her web–of the infinite fractals that invite all of us into the most perfect harmony.

A few weeks ago, I was afraid she would never experience a sense of peace, and tranquility, greeting her death as a kind of birth, not merely extinction.

“Something has shifted. Now I am curious. I want to explore,” she tells me. “I am not afraid.”

I have been watching Netflix’s mini documentary series based on Michael Pollan’s book How to Change Your Mind: What the New Science of Psychedelics Teaches Us About Consciousness, Dying, Addiction, Depression, and Transcendence about the powerful potential of psychedelics like psilocybin. I am intrigued by their undeniable benefits in clinically controlled settings to offer relief to trauma survivors and the mentally and terminally ill. Many people have been helped greatly–describing hallucinogenic journeys full of vivid colors, powerful visions, and insights with the primary theme of interconnectedness.

We are all part of some kind of consciousness, they explain, sacred and fully expressed in the world around us, especially in nature and those we love. However, many of us have been torn from the fabric from which we are woven…and to which, it seems, we return.

When my mother’s anxiety was most acute, I began investigating the use of psilocybin as it is now legal and available in the Bay Area where she lives. I had heard such good things about its ability to offer relief to the terminally ill, and I was desperate as the meds the doctors offered her seemed to only intensify her emotional distress.

By the time I had completed my inquiries, she already had on her own,  breathed through and broken through to a place of greater peace.

A few nights ago, while snuggled up next to my 84-year old mother, I said, “It’s so amazing that this body came from your body. ”

The simple, obvious awareness, struck me with an intensity I had not felt before, as we lay together–she at the precipice of life and death.  I was in awe of the simple miracle that the frail woman next to me brought me here.

End of life can offer moments of incredible transcendence and tranquility for both the dying and their beloveds.

And, for some, psilocybin and other psychedelics have the ability to give people a glimpse of the transcendental awareness so often described by near-death experiencers.

These sacred “medicines” might offer us even greater insight into consciousness and greater spiritual tranquility as we transition from this reality into that one which is much greater, from which, we all are born.

We each have emerged from some greater Source– and psychedelics are able to remind us of this–just as I was formed of blood and flesh of my beloved mother whose beauty shines in a transcendental stillness as I wish her sweet dreams.

For researchers, such as myself, entheogens provide new avenues for our intellectual curiosity. They also satisfy our deeply held desire to offer greater ease as we return to the Great Mother.

“Sweet dreams,” I whispered to the one who birthed me.

“Good night, darling. May all your dreams be good ones.”

If you want to learn more about psilocybin and other facets of this topic, there is a free upcoming online event: Nootropics, Neurotrophics & Microdosing: Explore the Fascinating Research About How Psychedelic Mushrooms Can Elevate Your Mind, Body & Spirit with Christopher Hobbs. Here you’ll join an exploration of the latest psychedelic mushroom science with a world-renowned herbal clinician, who will illuminate how psilocybin mushrooms can be used for emotional wellness and spiritual sustenance. We hope this may prove insightful and enlightening for those who wish to attend.

You Can Register for this Gratis Event Here. 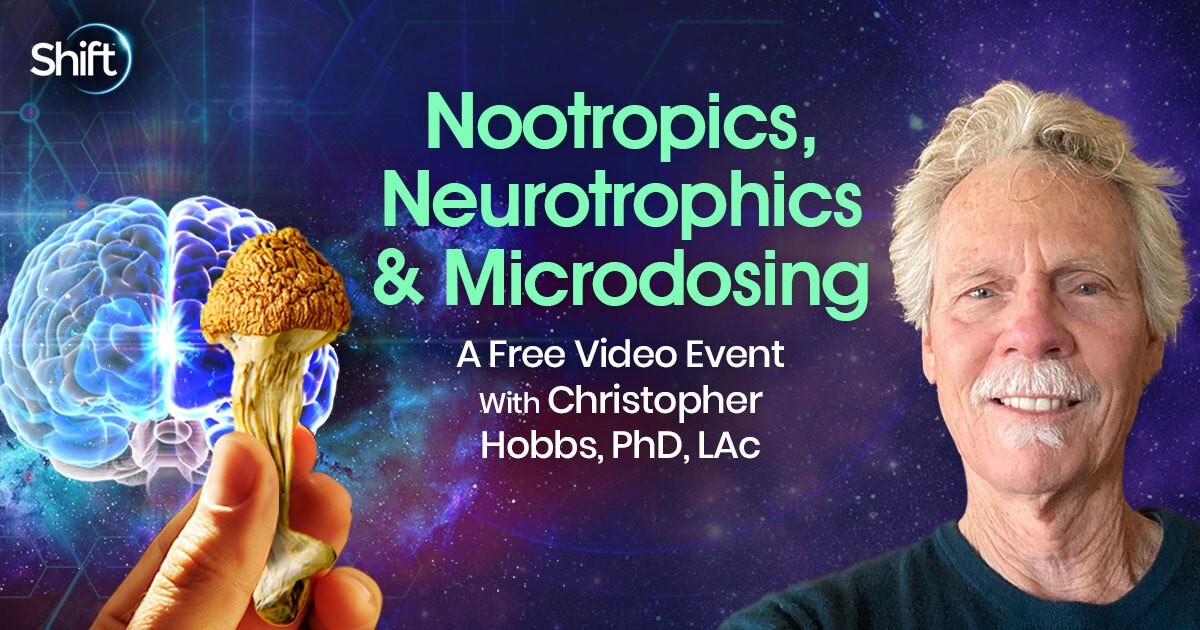 Lisa Smartt is the author of the bestselling Words at the Threshold  (2017 New World Library) based on the findings of her Final Words Project (finalwordsproject.org), which she established with Dr. Raymond Moody. She has authored several other books including Diet for a Broken Heart, Lessons in Lullabies, Veil: Love Poems from across the Threshold, and Cante Bardo.

Lisa is also a book coach and delights in being a midwife to new ideas and authors. Find out more about her book coaching here: https://lifeafterlife.com/book-coaching/

You can read an excerpt from Lisa’s book Words at the Threshold HERE.