But in the second part of this blog, I want to introduce you to someone who, although he, too, has been studying NDEs for more than forty years, deserves to be better known than he is. Meet my good friend who is blessed with a wonderfully delightful and apposite name, David Sunfellow.

I say he is a good friend despite the fact that we have actually never met, and indeed these days I seem to have quite a few treasured friends whom I only know from seeing their names in my inbox. But David, if you’re not already familiar with him, is somebody you really should know about, especially if you’re interested in NDEs. He, too, is now one of the leading authorities on NDEs.

I came across him several years ago when an NDEr of my acquaintance put me onto him and advised me to check out his website (he actually has several – more about those at the end of this blog). I was impressed and was happy to make contact with him. Over the years, he’s been kind enough to post a number of my blogs, which he reformatted beautifully. The man is an artist (a gifted photographer, among other things) and not just a teckie.

Here’s a nice photo of him in one of his favorite environments: 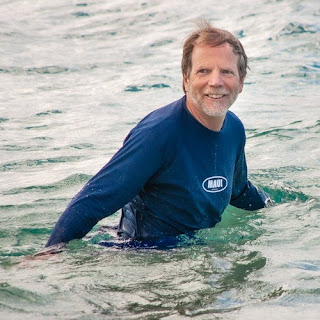 In this blog, I also want to introduce you to two of David’s books. The first one, published in 2019, is entitled The Purpose of Life: As Revealed By Near-Death Experiences from Around the World. Filled with numerous extracts from NDErs supplemented by David’s own illuminating commentaries, this is a jewel of a book, and ever since it appeared, I have been recommending it to everyone I know who is interested to learn more about NDEs – and this now includes you. 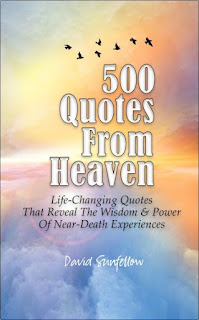 But the book that this blog will be introducing to you was published the following year and is entitled 500 Quotes From Heaven: Life-Changing Quotes That Reveal The Wisdom & Power of Near-Death Experiences. This book is a bit different from his first because most of the excerpts from NDErs are briefer but they still pack a wallop. I read a draft of the book, and at the time I remember writing David that I really felt that I should re-read it every few years in order to refresh my own spiritual life by re-absorbing the insights and wisdom of NDErs many of whom quoted by David were actually friends of mine or people whom I had myself interviewed.

Recently I decided to order this book to do exactly that. As I told David, my plan was to read at least five quotes a day for a hundred (non-consecutive) days over the next year. After all, although NDEs teach us how we should live and what’s important in life, they also help us to feel comfortable with death. And since I am getting ready to leave the building, if not immediately (I hope!), I figured this would also be a good way to prepare myself for my final journey.

Trouble is, I found it difficult to stop at five quotes! Have you ever been able to eat a single peanut and then stop? Of course not, it’s impossible. Same with these quotes. And David understood; even he finds them addictive. So I just kept on reading through the beginning section of his book. And now I am going to share some of these quotes with you,  just to give you a taste for the spiritual treats you will find in this book.

All I’m going to do here is just to copy out some of the stories with which David begins his book, where he recounts some examples of NDErs who return from their encounter with death with the realization that they’ve been they’ve been graced with a sense of total knowledge of the universe. I will begin, however, with a few observations of my own from NDErs I interviewed who had the same experience. And I will continue and conclude by interspersing some further commentaries. My own remarks will be in this font. The excerpts from David’s book will be in a somewhat smaller font, so you’ll easily be able to distinguish my comments from David’s quotes. Ready? Here we go….

I don’t know how many NDErs I myself have interviewed have told me that during their experience they were given a “download,” as it were, of total knowledge, that they suddenly had all their questions about the universe answered, all at once. But I heard such claims often enough to be struck, almost dumb, by them. The mind, at least mine, boggles when trying to grasp what this experience must be like.

I now recall one such incident involving one of my favorite NDErs by the name of Tom Sawyer (yes, his actual name) whom I first met in 1981 and stayed in touch with until his death a few years ago. I wrote a lot about him in my book, Heading Toward Omega. Here’s just a brief excerpt: 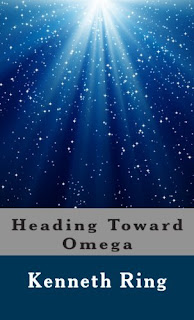 You realize that you are suddenly in communications with absolute, total knowledge … You can think of a question … and immediately know the answer to it. And it can be on any question whatsoever. It can be on any subject … The light will give you the instantaneous correct answer and make you understand it.