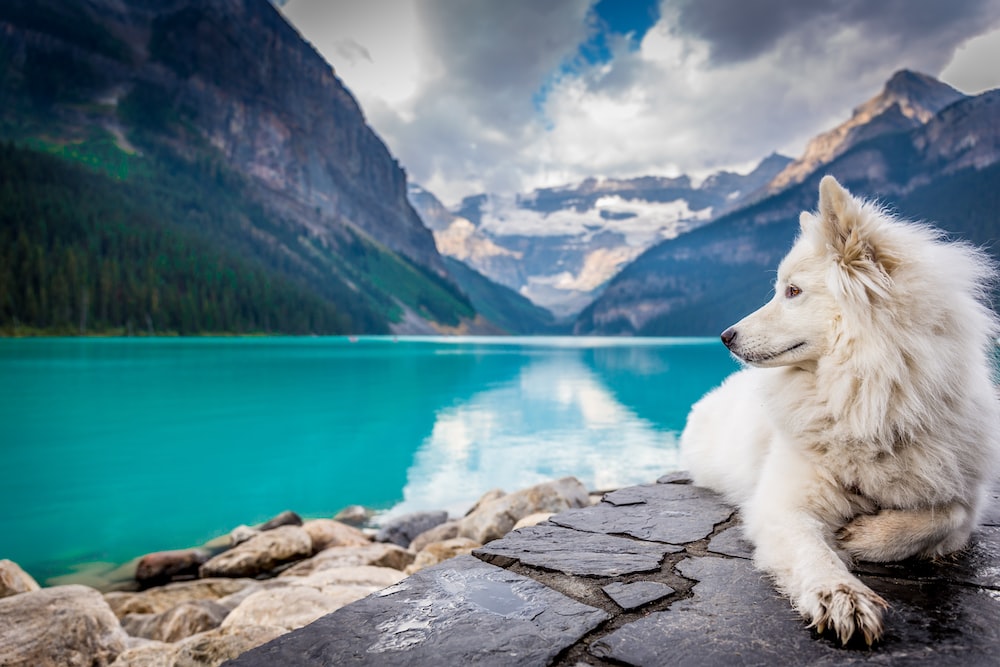 We all know what happens when we die – we don’t.

At least that’s what most of us believe, whether by religious faith or because we’ve been convinced by the collective testimony of near-death experiencers or perhaps for other reasons. But whatever the basis of our beliefs, we hold that life isn’t a dead end. Upon death, we just continue to exist in another form.

But what about our pets? The philosopher, Martin Heidegger, as you may recall, argued that animals don’t die; they simply disappear, he said.

But do they? Are they so unlike us – creatures without a soul, according to Descartes – that upon their physical death, they simply cease to exist?

Don’t be too sure. Let’s look at the evidence first before we reluctantly consign our pets to perpetual oblivion.

Janice Holden is the current President of The International Association for Near-Death Studies, an organization I co-founded almost forty years ago, and the longtime editor of The Journal of Near-Death Studies. She is certainly a recognized authority on NDEs. In a recent interview, she asserted that although she was unaware of any systematic research dealing with the perception of pets during NDEs, nevertheless, there are numerous reports that people were reunited with beloved deceased pets during their NDEs. I have also been assured by P.M.H. Atwater, another well-known NDE researcher, that it is not just dogs and cats that are perceived by NDErs, but pet birds as well.

Here, however, in line with my previous blogs, we will focus just on cats and dogs. And for this purpose, we can draw on the work of Jeff Long, another prominent NDE researcher. Jeff also hosts the most important and widely regarded NDE website, The Near-Death Experience Research Foundation (or NDERF), and has collected quite a few cases of this kind. Let’s now just consider several of those in his files.

I will not take the space here to quote the entirety of these NDE reports or give the circumstances of their occurrence. Instead, I will just quote the relevant portions concerning their perception of deceased pets.

As I raised my head up from the ground to look around, I saw my deceased dog from my childhood bounding towards me. I remember exclaiming her name at the top of my lungs as I saw her bounding towards me. It was overwhelmingly wonderful. I felt completely at peace and totally happy. I was so excited to see her again, and I did not question the experience at the time. It was as if she had never died and she had always been waiting for me to wake up from my nap in the grass. The thought “why is my dead dog here?” never occurred to me. The thought “where am I and why am I laying in this field of grass?” never occurred to me. Everything was simply as it was supposed to be.

The experience was very brief, but VERY real. An entire reality was just as real as our world is now. There was not a single aspect of that experience which did not feel real.

A dog’s tail weaved through the tall grass. A beautiful fuzzy puppy wagged her tail at me. At first, I did not recognize her. I had never seen our dog as a puppy. I was so happy to see her. We had to put her down two weeks prior to my daughter’s birth. She had injured her hip. We had given all the surgery we could to keep her, but it did not make her quality of life better – it had become much worse. We had her put down on my due date. Our hearts were so heavy with the loss of the dog that generously shared her life with us for 12 years.

I saw a piece of floating land in the distance. It had one pine tree and covered in snow. I was still so cold, but decided to go to that tree. Below the tree, I heard a meow. I looked down, and saw Elmar! Elmar was a white Persian cat. I could not believe it. He was watching me. His beautiful green eyes and long, luscious white fur. Suddenly, I realized I had hands. I was surprised by this. I picked up Elmar. While I held him, he purred. No longer did I feel cold. His fur completely warmed me up and I felt the energy of his love. It was just like old times. I began to cry in feeling of happiness. I could even smell him exactly the way he used to smell. I put him down, and could tell from his purring and rubbing up against me that I would be o.k., whether that meant returning to life or staying on this floating Island. Then, I realized Elmar’s eyes had the same look as I remembered when something got his attention.

There was a Boston terrier dog standing beside her. We had always had Boston Terriers as pets when I was a kid but I didn’t recognize this particular dog.

As a side-note, I went through a big box of old family photos and I found the dog with my grandmother. Her name was Trixie and she was our household pet when I was born in 1956. I don’t remember her though as she was put to sleep around 1958. It was definitely, absolutely Trixie with my grandma.

I then became distracted by figures to my right which were all my former pets (dogs and cats that had died) climbing over each other to get to me, they gave me the impression of me just getting home from a long trip as they seemed very excited to see me.

I’m in a park. Green grass was everywhere. It was very pretty and very clean. I see a black cat running up to me. It’s my Amigo, my black cat who had passed away 6 months earlier. He runs towards me and leaps into my arms. He feels exactly the same. He was always a solid cat from his years on the streets. I hold him tight, I am so happy to see him. Joy fills me!! I cry a little bit. I hold him, hugging him, kissing him. He’s rubbing his cheek on my face. I am so happy to see him. He is so happy to see me. This happiness is as if I’ve never felt before. I could feel his love and adoration. I have never felt happiness like this before in my life. It was peaceful, comforting, and so fulfilling.

Scott Janssen is a hospice social worker who has also reported cases of this kind in a recent article on this subject, “Near Death Experiences: Will Our Dogs be Waiting For us?”

Here is just one such case.

I remember leaving my body. I could see myself on the ground below and the ambulance guys working on me. It was all very strange. Then I felt myself moving away. I saw a beautiful light and heard this amazing music that just brought me such peace. Eventually I found myself in a big yard where I’d grown up. I saw Sadie, my best childhood friend, a cute little Schnauzer. She was running toward me, wagging her tail. I’d missed her so much when she died. Yet, there she was, coming to greet me. She was licking me like crazy and I was laughing with joy.

I don’t need to adduce more such stories, do I, in order to establish the answer to my question. Yes, Virginia, our pets truly do seem to have an afterlife.

But do our pets really live after they die? Perhaps they are just figments of our desires and we simply hallucinate them once we ourselves pass over to the life beyond this one.

Well, consider: Reports of NDEs often involve the perception of loved ones who appear to greet us when we pass over. You might argue that we hallucinate them, too, but hold on. Not so fast with your skepticism.

What about those cases, and there are more than a few, when an individual is greeted by someone she doesn’t know or recognize, only to be told afterward that that was your grandfather (who died before you were born and whom you never knew). Or say a person returns from an NDE and reports that he was greeted by his sister – only he never had a sister. Except that his mother now tells him what he never knew. He had a sister but she died at the age of two before he was born. Or suppose you see someone during your NDE whom you know still to be alive, only to find that he died three days before when you were ill, and so forth.

No, we are typically greeted by those who have formed a deep bond with us or we with them. And isn’t it true that we often have formed a very deep bond with our pets and they with us? Why shouldn’t those bonds also prevail after death, just as they do with the people we have loved and been attached to?

The bonds we form with our pets in life are not severed by their death. Our separation from them is only temporary. If we can trust these accounts of pets observed during NDEs, it means that we will indeed be reunited with them after we die. And for any animal lover, what could bring greater joy than to see our beloved cat or dog once more to greet us when we pass over?

Dr. Ring is Professor Emeritus of psychology at the University of Connecticut where he researched near-death experiences. He designed scientifically structured studies of 102 near-death survivors that further developed Dr. Raymond Moody’s early NDE findings. He is well-known for his ground-breaking research of investigating NDEs among blind persons in his book Mindsight. Ken Ring is the co-founder and past president of  the International Association for Near-Death Studies (IANDS) and is the founding editor of the Journal of Near-Death Studies. He has published several near-death experience related books, including Life at Death (1980), Heading Toward Omega (1984), The Omega Project: Near-Death Experiences, UFO Encounters, and Mind at Large (1992), and his most well-known and celebrated NDE book, Lessons from the Light (2000).

More information about Dr. Ring can be found on Kenneth Ring’s Website.

He is also featured on The Purpose of Life-NDE website and on Near-Death.com.