Are there any published studies on the validity of the near-death experience?

First of all, in one of his recent blogs, Dr, Melvin Morse does an excellent job of explaining the science of the NDE and offers many research studies. He will also be offering a workshop this coming weekend January 26th that sheds light on how science answers the question, “Are NDEs REAL?”

The biggest challenge for me in answering your question is in the whole notion of what it means to measure the validity of an experience that is not inherently a materialistic one.

That is, can we measure something immaterial with the tools used for measuring the tangible?  Could I, for example, use a hammer to measure love?  Are we using two different tools or realities with such different qualities that it is impossible to apply one to the other?

For example, there are research studies in which researchers use pictures on the ceiling tiles in order to determine if people who are resuscitated will see them and identify them if they have an out-of-body-experience.

This assumes that when one is dead and out of body that the same conditions for perception and awareness applies as when we are in our bodies. We do not know enough yet about how consciousness exists to fully measure it.

As I am a philosopher, I just cannot understand how we can measure transcendence with anything in the physical world. However, gratefully, Melvin and others  have a different view and might be able to satisfy your curiosity more than I. Dr. John Hagan’s book below offers a fascinating anthology of essays from doctors around the country who share both their own NDEs and the accounts of their patients. You might enjoy Dr. Hagan’s interview on CSPAN below as well. 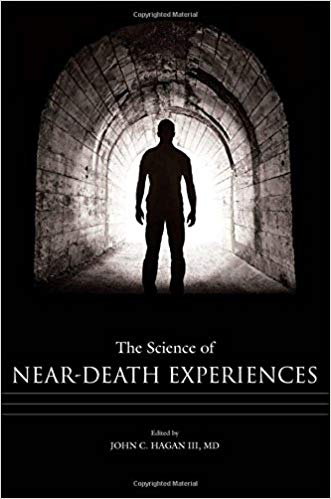 The Science of Near-Death Experiences by John Hagan

You might find this recent interview with Dr. John Hagan interesting and useful.

Why do you think some people claim to have gained universal knowledge during their NDE but have nothing to share when they return?

I have that same sort of bafflement about knowledge. My answer truly is I do not know.

Plato attributed it to the idea of event boundaries. So, for example, if you want to get something in the kitchen, as soon as you go through the door of the kitchen, you completely forgot what it was.

Plato says there is a kind of event boundary between this world and the next world.

NDEers say the way people access information on the other side is very different than how we do it here—and this may be why we struggle to apply what we learn “there” in our day-to-day lives “here.”  It seems one of the challenges of our lives whether we have had an NDE or not is how to apply those ineffable spiritual  experiences into our daily lives.

And at the same time, there are many NDEers who are living the lessons they learned from the other side in both magnificent and humble ways. Our human living brains often seem to act as filters to reduce the information we receive from “the field” as to not overwhelm or confuse us we all wrestle with the ordinary details of living here on planet Earth.

Since you are a medical doctor, I am dubious that you go so far as to say that matter does not exist. However, so much of Christian Science, for example, is in line with what you and Dr. Alexander are discovering. I wonder how you assess the statement that matter is a mistaken concept.

I am very sympathetic with the idea that consciousness generates the appearance of matter. Mainly because I came upon that idea early on when I was earning my PhD in philosophy.  George Berkeley was among the philosophers who shaped my view and the accounts of those who have had NDEs seem to confirm this. Matter is somehow unreal, and, yes absolutely, generated by consciousness.

THE FINAL WORD blog of The Final Words Project shares recent accounts of final words. Learn more about what last utterances might reveal about life, death, and consciousness.